The City of Leicester Singers 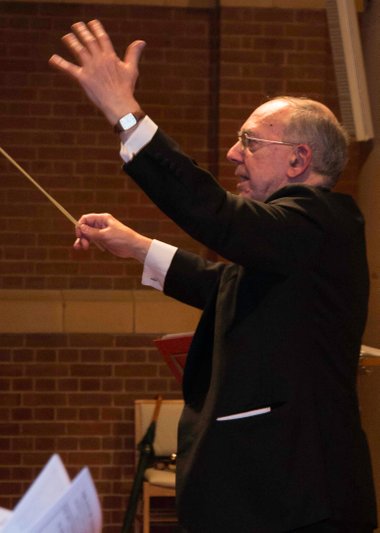 Richard Archer was born in Leicester, educated at Wyggeston Boys' Grammar School, Leicester, and at the University of Durham, where he gained an Honours Degree in Modern Languages; whilst there he was an organ scholar of Hatfield College.  He studied with Dr. George Gray, Dr. Ben Burrows and Noel Rawsthorne. He has taught modern languages in education, latterly at Stoneygate School.

A Fellow of the Royal College of Organists at 18, he holds the Archbishop's Diploma in Church Music (the highest award available by examination to a church musician).  He is also a Bachelor of Music of Trinity College, Dublin, and a Master of Music of the University of Sheffield. He recently completed research (M.Phil) into music within English twentieth century Nonconformity (University of East Anglia, Norwich).

Prizes in organ-playing competitions include the first prize in the Richmond Festival Organ Competition in London.  He has been organist at Leicester Philharmonic Society concerts, and is the Director of Music, St John the Baptist, Clarendon Park, Leicester.

Richard has been the Conductor of The  City of Leicester Singers since 1992.  Under his guidance the Choir has gained strength in all directions and now presents four major concerts a year. He is also conductor of Hinckley Choral Union and The Jubilee Singers. He is studying the organ with Gerard Brooks in London.

Copyright © The City of Leicester Singers